Running Away From The Qur’an

Question: What is your advice – O Shaykh – for those who go without reading the Qur’aan for a month, or even many months, and who have no excuse for such behaviour? However, you will find some of them reading those magazines that contain no benefit for them, and following them up closely! 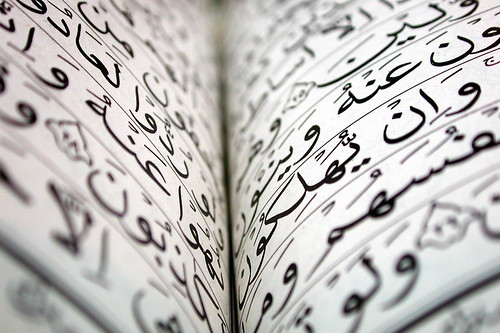 Answer: It is recommended for every Believing man and woman to recite the Book of Allah often, with due contemplation and understanding. This may be done by using a copy of the Qur’aan or from o ne’s memory. Allaah – the Most High – said:

“This is a Book which We have sent down to you, full of blessings, that you may ponder over its Verses, and that men of understanding may remember.” [Soorah Saad38:29].

And: “Indeed those who recite the Book of Allaah and offer the Prayer perfectly and spend in charity out of what We have provided for them – secretly and openly – hope for a sure trade-gain that will never perish. That He may pay the their wages in full and give them even more out of His Grace. Indeed, He is Oft-Forgiving, ready to appreciate good deeds.” [Soorah Fatir 35:29-30]

The aforementioned recitation of the Qur’aan includes both reciting and acting upon it. The recitation is to be done with contemplation and understanding of it. Sincerity to Allaah is a means of complying with and acting upon the Qur’aan, and its recitation contains a great reward – as the Prophet sallallaahu `alayhi wa sallam said: “Recite the Qur’aan. For o n the Day of Resurrection, it shall come as an intercessor for its companion.” This was recorded by Muslim in his Saheeh (no. 804). The Prophet sallallaahu `alayhi wa sallam also said: “The best of you is he who learns the Qur’aan and teaches it.” This was recorded by al-Bukhaaree in his Saheeh (9/66). Another narration states: “Whoever reads o ne harf (letter) of the Qur’aan shall receive a good deed and ten good deeds similar to it. I do not say that Alif Laam Meem is a harf, but Alif is a harf, Laam is a harf and Meem is a harf.” [Saheeh; Recorded by at-Tirmidhee (no. 2912), who authenticated it, from the hadeeth of `Abdullaah ibn Mas`ood, radhiallaahu `anhu]. The Prophet sallallaahu `alayhi wa sallam said to `Abdullaah ibn Amr ibn al-`Aas: “Complete the recitation of the Qur’aan o nce a month.” He said: I am able to do more than that. So he said: “Then complete its recital o nce in seven days.”[al-Bukhaaree (no. 5054)] The Companions used to complete the entire Qur’aan o nce every seven days.

So I advise all the readers of the Qur’aan to increase in their reading of it, with contemplation and understanding it, along with sincerity to Allaah in this – with the purpose of learning and benefiting from the Qur’aan. They should read the entire Qur’aan o nce a month. If, however, they are able to do more than this without any difficulty, then they should complete it in less than this time. However, it is best not o complete it in less than three days, since this is the least amount of time that the Prophet sallallaahu `alayhi wa sallam mentioned to `Abdullaah ibn `Amr ibn al-`Aas. This is because if it is read in less than three days, the person becomes hasty and lacks thought and concentration… “[Fataawaa al-Mar`ah (no. 294)]